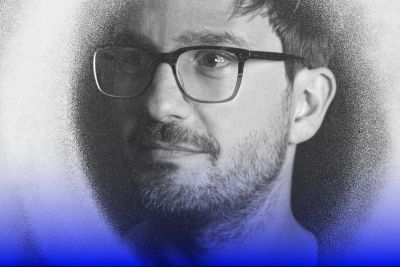 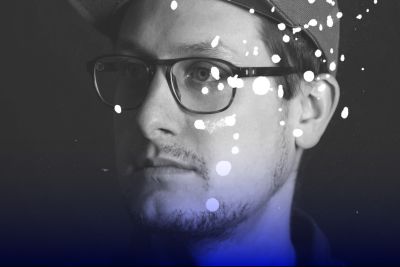 WORK WITH US (WWU)

Who are you? What is your job at Fork?

Hello! My name is Roman. I’m Creative Director at Fork.

Hi, my name is Kai. I’m General Manager of Fork’s Hamburg office. I’m responsible for all kinds of tasks, like business development, consulting and strategy. I’m also knee-deep into process optimization and organizational stuff. For instance, I’m dealing with space optimization right now. As we’ve grown quite a bit in the last two years, there’s a chronic lack of room for meetings or telephone conferences. 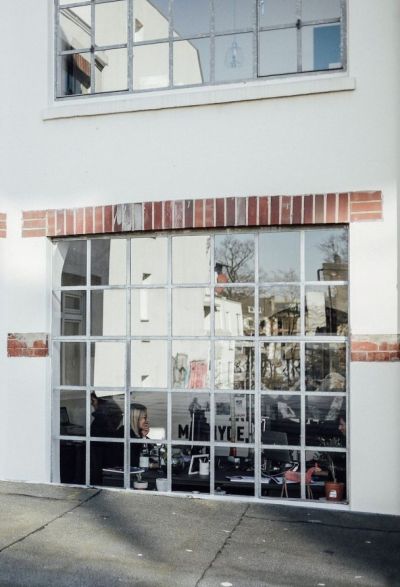 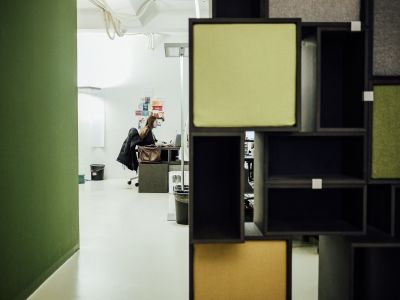 What inspired you to (re-)join Fork?

I’ve been with Fork since October 1999. Back then, joining a digital agency felt somehow adventurous. The industry was still in an early stage, and some utopian idea of revolution was in the air. I guess, most of us were pretty naive, but you know, we gave it a try. Fork was all about do-it-yourself. We got „play money” by clients who were willing to try out this “new thing”, and there was plenty of room for experimentation. Expectations were low, and there weren’t any established standards or patterns. All in all, it was a perfect time for learning.

Before getting into this I had some experience in putting together scaffolding, a degree in business administration in my pocket, and had worked as a video editor at a German pay-TV station, and then I saw a picture of the then owners – David Linderman, Jeremy Abbett, and Manuel Funk – in a tabloid. It was a report on “Lady Di Tunnel Racer”, an online game by them that had caused some irritation. I recall being attracted by the picture although it conveyed sort of arrogance – the arrogance of youth maybe. I can hardly believe it myself, but I’m ‘learning on the Fork’ for almost 20 years now.

Fork always had a place in my heart, even after I left in 2010. Not only because it was my first real job but because of the people I met there. I maintained relations with a lot of them and kept on going to the legendary Fork parties. Nevertheless, it was more or less a ‘happy coincidence’ that Roman and I reconnected at exactly the right moment, in 2016. Fork was looking for a replacement for a departing Managing Director, and I was looking for new challenges. Although a lot of things had changed, it felt a little like “We're getting the band back together”, and now, as ever, it’s more than just a job for me. The people – both, old and new ones – are great, it’s still a fun place to work, and today, there’s even more drive and strategic focus. 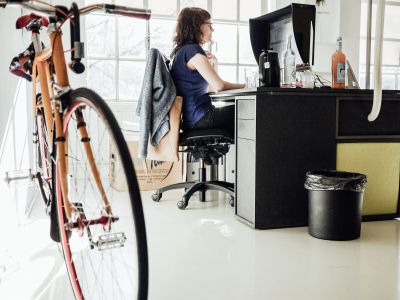 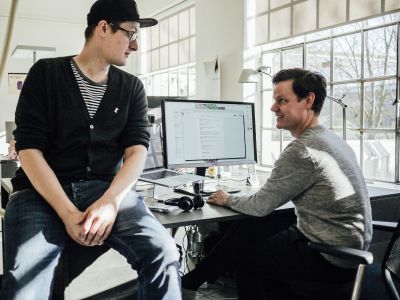 What do you tell your family and friends about Fork and what you do?

A couple of years ago, I had this conversation with my brother. Stomping through undergrowth and muddy grounds back home, he asked, “So you did a website for a chocolate brand, but why does this brand need a website? Who needs a chocolate website anyhow?” I can’t recall my exact answer. All I remember is that my answer sucked. He’s a teacher and compared to his job our work isn’t relevant, most of the time. Anyhow, today even my brother’s everyday life is heavily influenced by digital technologies - especially since his wife gave him a smartphone. It may be a losing battle, but I think we shouldn’t leave the digital stuff to a handful of dominant tech companies. At Fork, we do our best to change digital interactions for the better. Our work aims to be helpful, informative, entertaining or just beautiful.

As most of my friends are in the same business, it’s not a tricky question to answer although there is this one little thing called ‘Fork Magic’ that our boss Franziska thinks differs us from all the others. It’s hard to grasp, but I think a ‘Just do it’-attitude (did I mention that I’m into sneakers?) paired with a bunch of weird and lovely colleagues makes it unique.

To all other friends and family members: Websites. Period.

At Fork, we do our best to change digital interactions for the better. 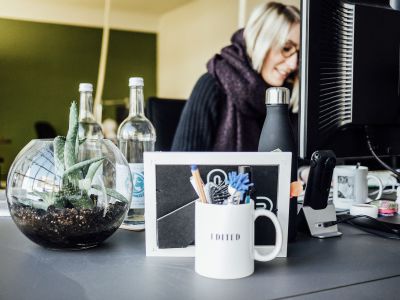 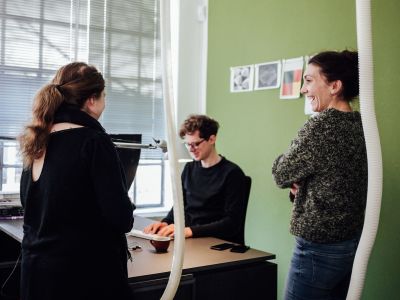 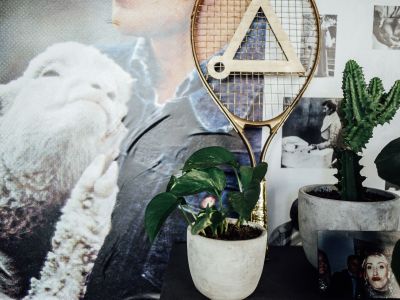 Could you tell me about an outstanding project you worked on in the past few months?

We just recently did our first commercial project making use of VR technology. Although it was a wild ride, it was fun to work in (virtual) three-dimensionality and do something outside the omnipresent interaction patterns. As part of an internal branding campaign at Merck KGaA Darmstadt, Germany, we combined a VR-headset with motion and gesture detection to provide employees with an almost tactile virtual experience in a world of colorful cells, strings, and microbes.

Another exciting project was the platform for Deutsche Kinemathek Berlin making accessible the work and life of world-famous production designer Ken Adam and the archives of the renowned German film academy dffb. 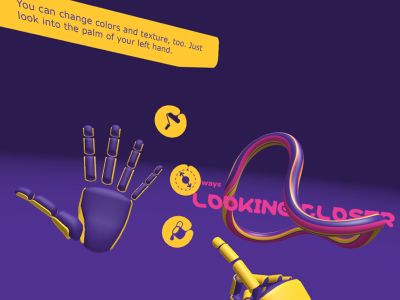 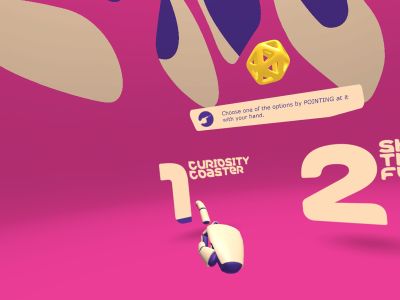 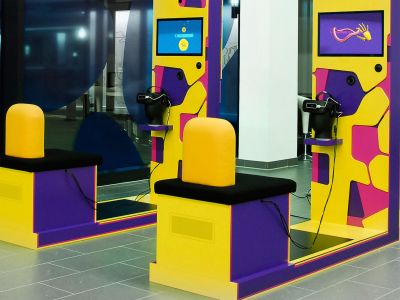 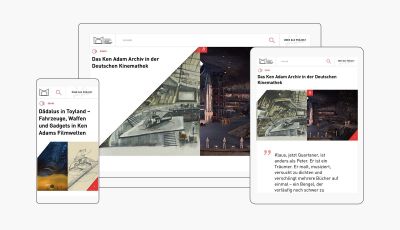 Is there such a thing as a “typical day” at Fork? If yes - how does it look like?

There are typical routines for sure. On Mondays, we all squeeze ourselves into a conference room, connect with our colleagues in Cologne and Berlin, and kick-off the week. Stand-up meeting for designers is on Tuesday. Early Wednesday mornings, Emma gives English lessons. ‘Kreationsmeeting’ – something in-between a design conference and a handcraft lesson at Kindergarten – starts off our Thursdays. Thursday afternoons are for planning. There’s a group of people who gather around our vintage Italian Espresso machine, every day at exactly four o’clock. Last, not least, you’ll find a bunch of people in our basement bar, playing table soccer, table tennis, or just enjoying a chat (or drink) in the evening. 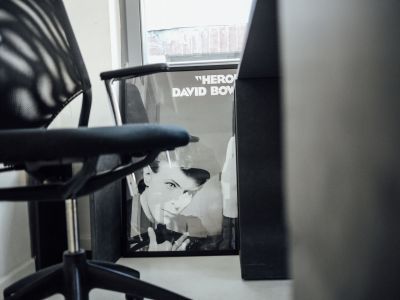 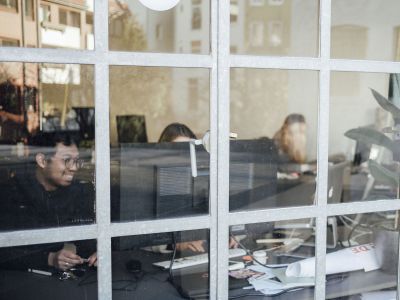 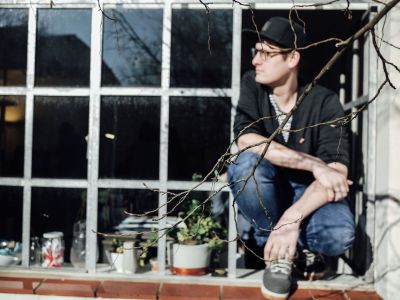 What opportunities are there for employees to learn new things?

We believe in learning on the job. Besides that, there are several opportunities for organized learning. Our mother company fischerAppelt offers a levels training program (i.e., presentation techniques). We provide regular courses like German for Non-Germans or English for Germans and occasional lectures (i.e., a developer would give insights on progressive web apps). In addition, each employee has a generous, dedicated training budget that can be spent on conferences, education or coaching. 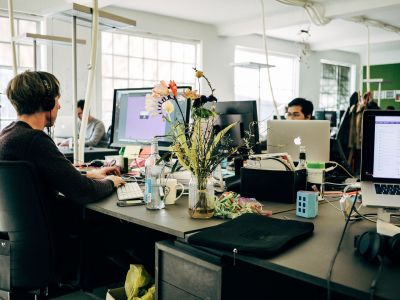 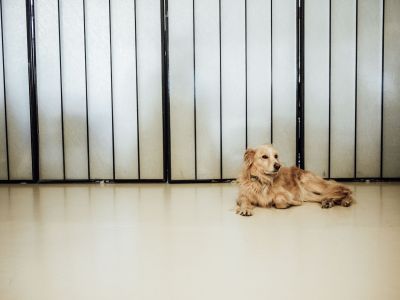 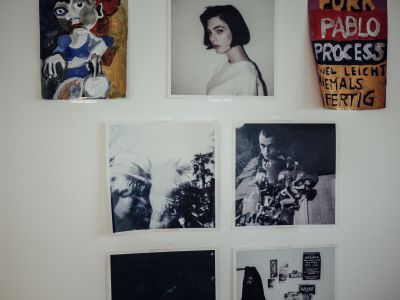 Kai. You returned to Fork where you once started your career. How does that feel and how many so-called “boomerang employees” do you have on board?

Besides me, there are three more ‘boomerang employees’ at Fork, but there are several people from the olden days that are still there. Others became self-employed and are regularly freelancing for us. However, it’s not for nostalgic reasons that I came back. For if it were, it would have been enough to show up in the Fork basement from time to time. My new position is both, a challenge and a meaningful task, and a lot of things have changed during my six years of absence: a new owner (fischerAppelt AG), new fields of experience, and new and inspiring people. 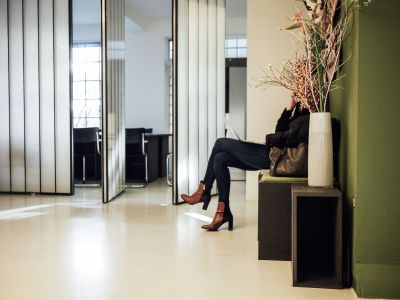 How does the recruitment process at Fork look like?

It’s quite simple. Get in touch with us (directly or via HR department of fischerAppelt). Meet us on Skype or in person. Be friendly. Be yourself.

What are the biggest mistakes you see people make when applying for a job at Fork?

A few applications are too generic, almost like chain letters. Every once in a while, somebody even forgets to replace the company name or the name of the addressee. Most of the applications that reach us are interesting. Mistakes? I’d say pretending or being too shy would be a mistake. As soon as you walk through our doors, or join us in a video call, it’s important to be yourself. Pretending to be some know-it-all isn’t a good idea, neither is being to shy. We want to know about our future fellow workers. What inspires them? What drives them? What makes them laugh?

Yep. Just be yourself! 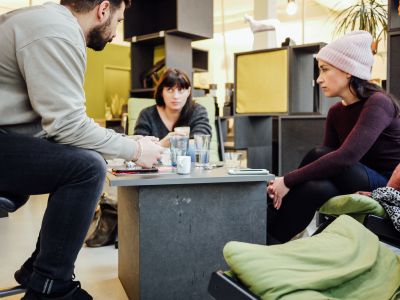 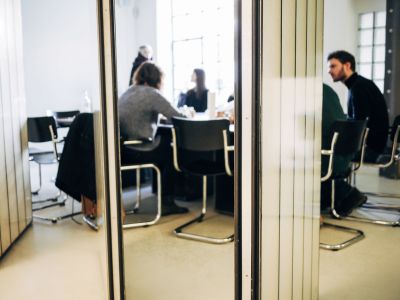 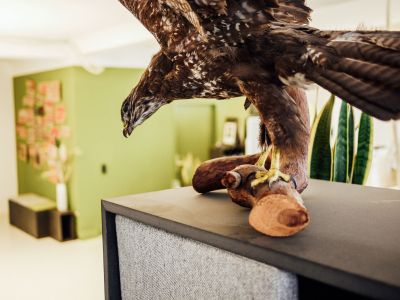 What personal characteristics do you look for in an exceptional candidate? What gets you excited about a great candidate?

We are looking for folks that are better than we are (or are passionate to get better than we are). We want to be inspired by them, learn from them, be knocked off our feet by them. We want people that are willing to do hands-on work, rather than just giving directions or sitting in fancy meetings. We want nice people (being a freak is okay, as long as you are a friendly one). We want people with a sense of humor, Aliens are more than welcome, too. Our culture has always been influenced by people from other countries or cultures. At the time being, we’ve got colleagues from Indonesia, New Zealand, Scotland, Switzerland, Romania, and USA amongst us.

We want nice people (being a freak is okay, as long as you are a friendly one)

Why are you better at your job than your competitors?

It’s a lot like human relationships; sometimes we’re the perfect match for a client, sometimes we’re not, in the end, it comes down to the people. We’ve been doing this for over 20 years now, and somehow we seem to have a talent for attracting successive waves of talented and like minded people.

On top of that, we see ourselves as some sort of scout troop, we’re a group of girl scouts and boy scouts. We follow a code, we guide clients through the digital wilderness, and we are curious to explore. It’s the seduction of adventure. We want to change things for the better. We want our work (be it websites, online-shops, campaigns, etc.) to serve humans, to inform them, or to entertain them. 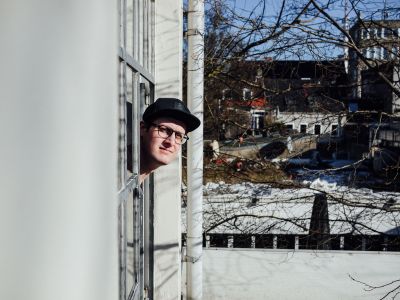 What would you like to tell us about Fork that is not written down in your job descriptions?

Music is essential to most of us. Each autumn we organize a concert in our cellar. Four bands and DJs (friends of friends of friends), 300 guests and an amateurish bar with hard drinks are the main ingredients of our event called “Basement Tapes”. 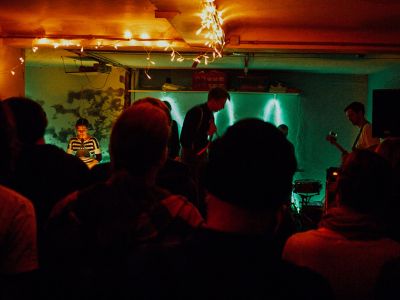 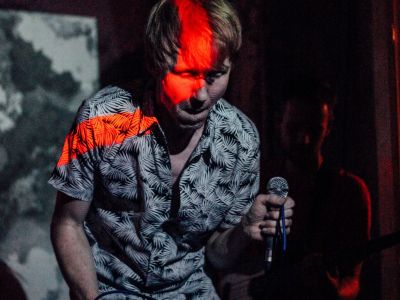 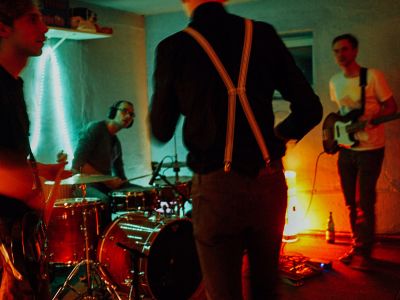 What do you love about working at Fork?

Fork has managed to maintain a bit of an underground feeling. Although we’re part of a privately-owned network, although we’ve grown to 80+ employees, although we run three sites (Berlin, Cologne, Hamburg), and although we’re not exactly ‘small’ anymore. Nevertheless, working at Fork still feels like working in a studio environment. That’s what I like about it. 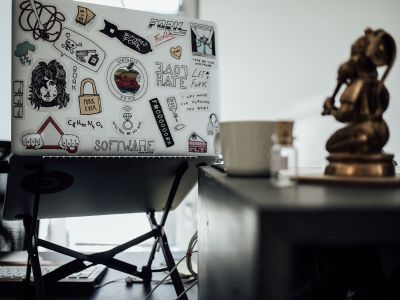